Sound and music for records, streams and movies

Sean Braithwaite and I (as B&b) wrote “Stem” just over a year ago to contribute to a compilation album intended to raise funds for the victims of the terrorist bombing of the Manchester O2 Arena on 22nd May, 2017. The album was called “From Manchester With Love”.

That album isn’t available any more, so we thought we’d re-release “Stem” on my  label, Micia Recordings, along with remixes by Aardonyx, Showbanned and also an instrumental version.

The original track, “Stem” is a Hip-Hop meets Soul emotive piece as the subject matter demands. Working on this track wasn’t easy, as the emotional aspects really affected me whilst I was producing and mixing the track. I shed many a tear mixing this.
I hope the emotion carries through the music to you. Keep it real,

The remix by Aardonyx is a Dubstep meets Drum and Bass interpretation of the original.
A wonderfully different remix and not what I expected. Really treats the original track with respect and builds it into the wonderful Drum and Bass track it is!

The Showbanned remix, “If Only”, a House remix of the original, would suit the BBQ or Poolside party. It needs to be listened to in the sunshine, probably with a fine wine or IPA beer in hand, although lemonade will probably do!
Feedback from a DJ – “Epic! Would suit the end of my warm-up set when handing over to the dance floor DJ.”

There’s the instrumental version too, just in case you don’t like words and stuff, or you would like to sing along! 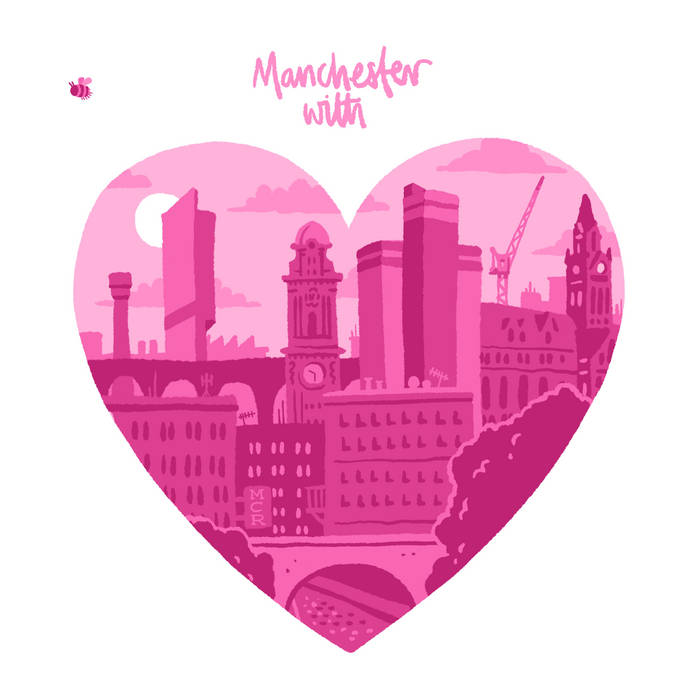 You may have heard on the news about the terrible events at the MEN Arena in Manchester. It left me at a loss for words as I found it difficult to express my thoughts and feelings about it.

It is good that people more organised than I could ever be managed to gather the musicians and music industry people of Manchester together to arrange this:

Its a 226 track compilation of Manchester music raising funds for the Red Cross I Love Manchester Emergency Fund.
You can hear and buy it here

It also features a track that MC Buzz B and I did as B&B specifically for the compilation.

Great news!
I’ve updated the web page a little and added a “Music” page to the site to showcase some of my work.
Go check it out, its in the menu across the top of this page (and every page on the site so click it, go on, that’s why its there)

Yes indeedy!
So I had to do an assignment for my college course (check out the college at http://www.midischool.com!!)
The assignment was to add the sound effects to a short film.
The film was a fan trailer for a game called “Portal” released by Valve and it is part of the Half-Life 2 pedigree.

I was given a silent video and had to add all the sounds to it such as breathing, foot steps, gunshots and so on. I also included some music to add to the atmosphere and tension of the movie. You can view the movie here:

Anyway, so I thought I would share the music on its own with you.
I have released it under my “Show:Banned” pseudonym as I am saving Ben Ashdown for something a little bit special coming out next year…..
“The Portal” can be found here on https://soundcloud.com/benashdown/showbanned-the-portal and it is a free download!

This site is intended to inform you of the who, what, where and why of Ben Ashdown Music. This blog is to inform you a little more about me as a person.

I feel somewhat uncomfortable about creating these pages and writing them.
The main reason being because of how many times the phrases “I am this” and “I am that” occur.
It feels so narcissistic! It is like writing a damn CV! I will try to avoid it. However, having a website is, apparently, essential to one’s business these days.

I guess it is a reflection of the times we are living in, in the way that all of us are encouraged to indulge our narcissistic tendencies through social media and to portray ourselves as the exciting and fantastic people or businesses we think others want to perceive us as.
Through our careful editing and sifting of flattering photographs we are able to create and maintain this illusion of grandeur.

No one wants to appear ordinary any more, although everyone is ordinary! Perhaps some of us do create remarkable things, have remarkable thoughts, theories and hypotheses, but underneath it all, our shit still stinks.
Everyone else is doing it? Why shouldn’t I too?
Maybe I should just get over it and splurge in a truly capitalist way:

“What I make is fucking great! Buy my fucking products, fuckers!”

It is more more likely to put you off me if I did that, though eh?
It occurs to me, however, that not every person or business can be the greatest ever and there is a lot of bullshit written about people and their businesses by themselves.
Its a con(fidence) trick.
Appear bigger and better than you are because everyone expects you to. That is marketing.
It is lying.
I reject this. This is my site and I intend to keep it as real as can be.

Thank you for indulging me.